http://elenin.org
in case this site is removed this is what it contained
Plus a few extra diagrams. 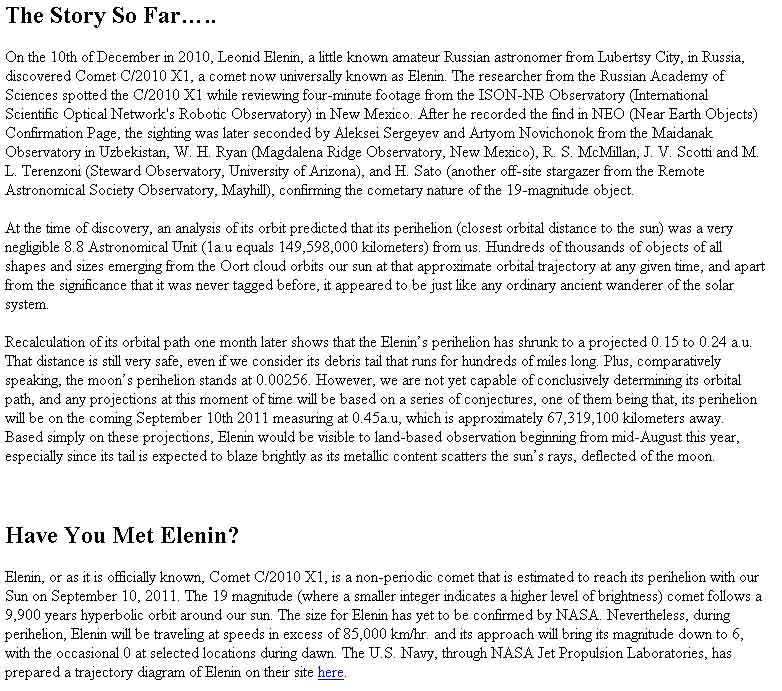 This is the URL of that trajectory site  http://secchi.nrl.navy.mil/STEREOorbit/C2010_X1.html
This is a cad drawing, and by using JAVA, and changes as you tweek the single or double arrow
buttons with the trajectory showing as of the corresponding date on the right. This page was created
after object discovery and was not subsequently updated until March 2011. Therefore the original
orbital parameters were preliminary and subject to change. Those parameters did indeed change
and the latest orbital elements have now been entered for this object and are current as of March 22nd,2011.

When you get into late Sept up to November note how close Elenin is to earth, like .234 AU's
or 22 million miles is all. This is what that diagram will look like, although you can't take the .jpg
and make it move like you can with the JAVA URL above.  I will give you a couple pics here for
different dates in case they take it down; like google blocked out the star map portion of Google
Earth where Elenin/Nibiri could be seen.  I will show you those pics at the bottom of this page later.
Information is getting out there faster than governments are prepared for. I think big brother is starting
to panic. His "give them the data but don't tell them what it is " isn't working.

First go back to March 11th when Japan had the big 9.0 earthquake and note how Elenin, the
earth and the sun lined up perfectly on that day. Note also Elenin was still 2.154 AU's , that's 200
million miles, away from earth then. The same lineup happened on the day of the 8.8 Chilean
earthquake but Ele was even further away then, and still caused tremendous damage, with some
speculation HAARP was on during that time period also just as it has been shown to have been
on 5 hours before and 5 hours after the Japan earthquake emitting a 2.5HZ signal. 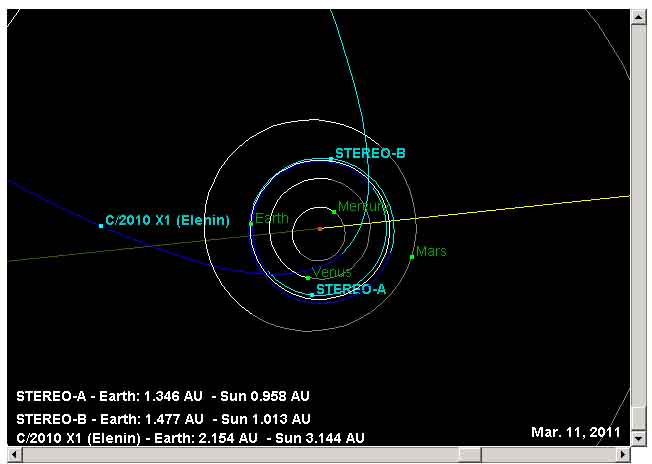 Now advance the drawing to Sept 27th, 2011 and you will see that Elenin, Earth,
the sun AND Mercury are all in alignment. The big difference is that on Sept 27th
Elenin is only .38 AU's away from earth; only 35 million miles away. This will be big
trouble for several reasons. Elenin is wrestling with the sun for gravity control of earth,
and our magnetosphere shield may break down which will shower us with radiation from
the sun that we are normally protected from. Ele will be pulling off CME's from the sun
during this time period like who dunnit and ran. There will be much stress on earth's
plate structure and volcanoes will go off like popcorn. And there is an extreme
likelihood of the pole shift at this time. The north pole is supposed to shift to where
India is presently and the south pole is supposed to shift to off the east cost of Brazil.
People in these areas stand a high chance of fast freezing just like the mastadons
did at the current north and south poles during the last poleshift. The earth is expected
to stop rotating while Elenin has it in this close grip, locking on to the Atlantic magnetic rift.
There there's a quick 1/4 turn jerk in an hour when it moves away further and lets
go and earth starts rotating again. But the sloshing of ocean water up onto the land at
this time will wipe out most of those living along the coastlines. You should be at least
650 feet in elevation and at least 100 miles inland to try to avoid this. 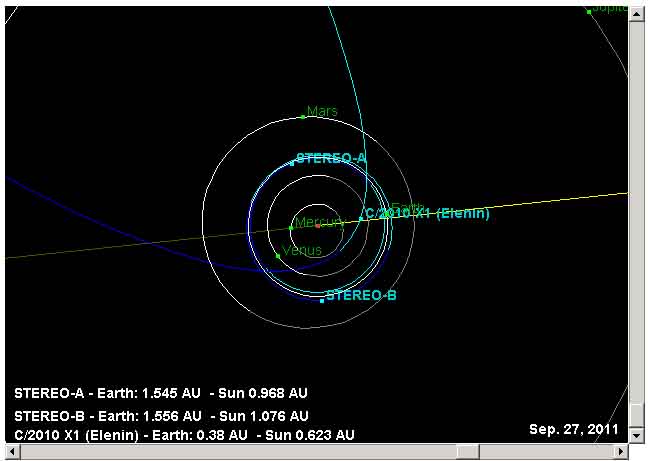 Now let's advance to October 16th.  Note how close Ele is to earth; .234 AU's or
just under 22 million miles. Ele will continue to have earth in it's magnetic grip,
wrestling for dominance with the sun. 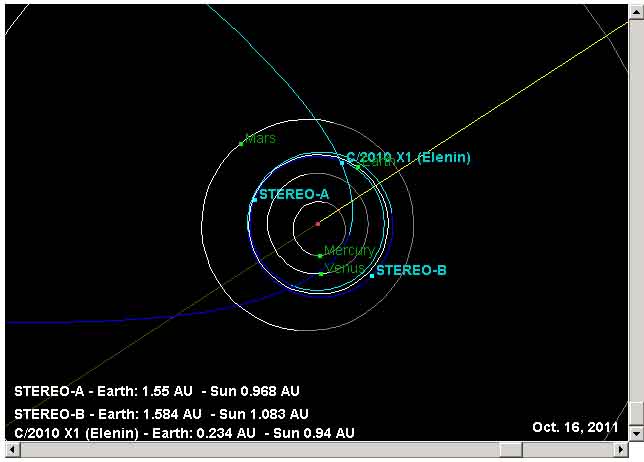 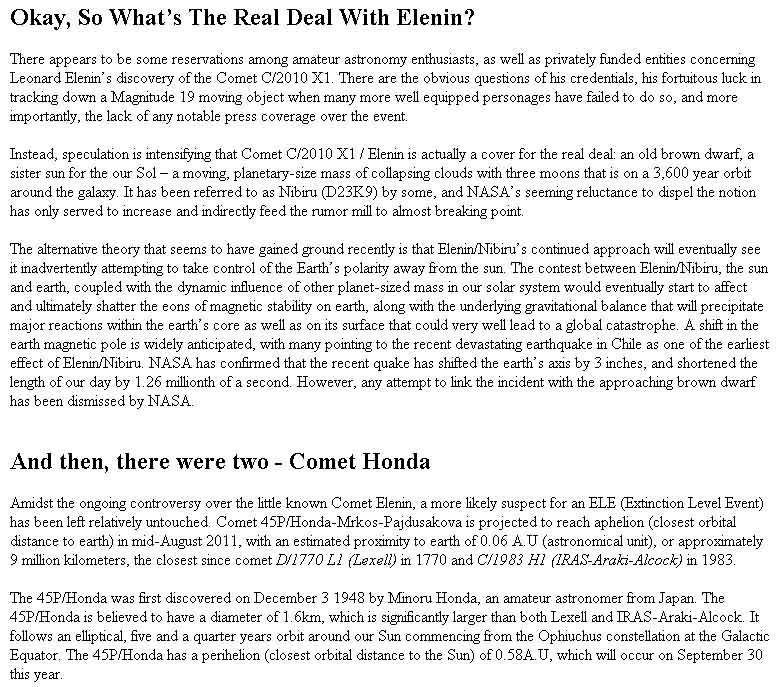 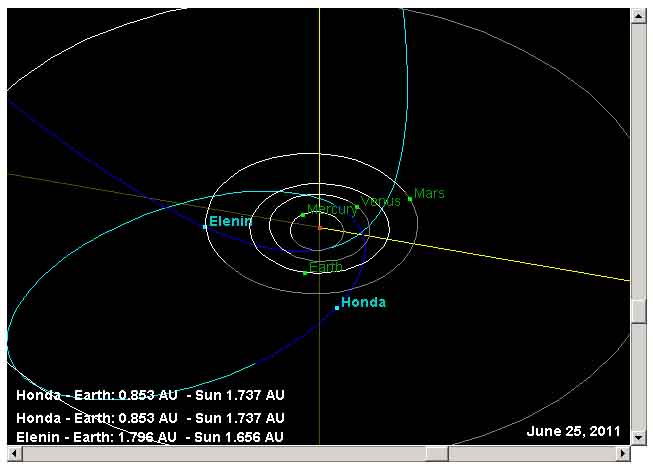 Note the path and  location of Honda on Sept 26th, 2011 when all the alignments happen.
This is not going to be a pleasant few days 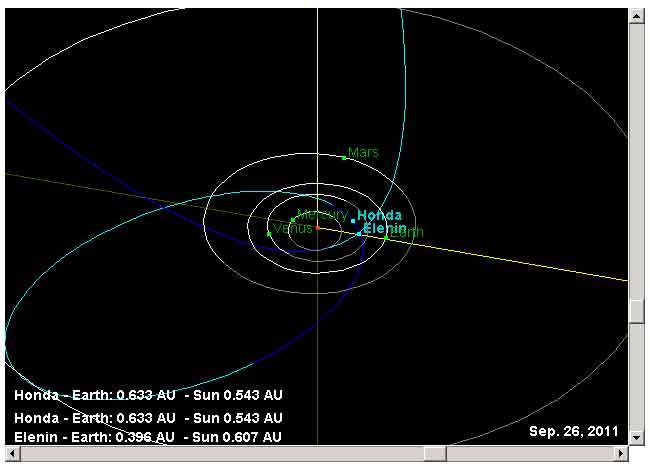 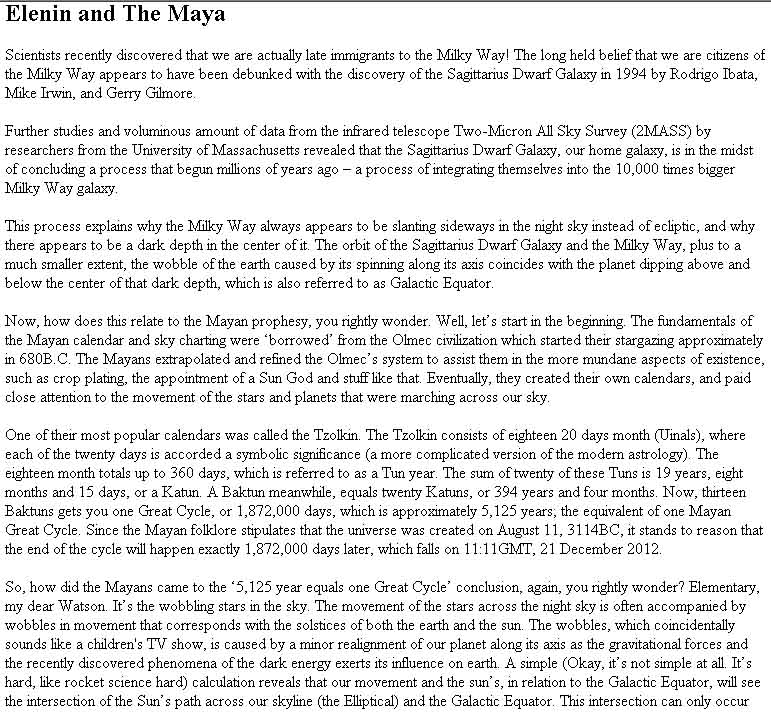 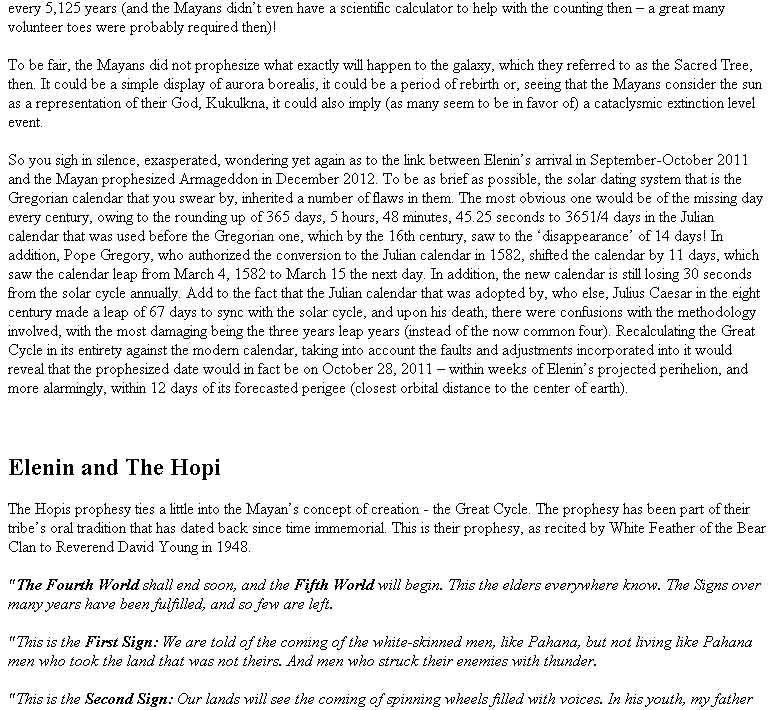 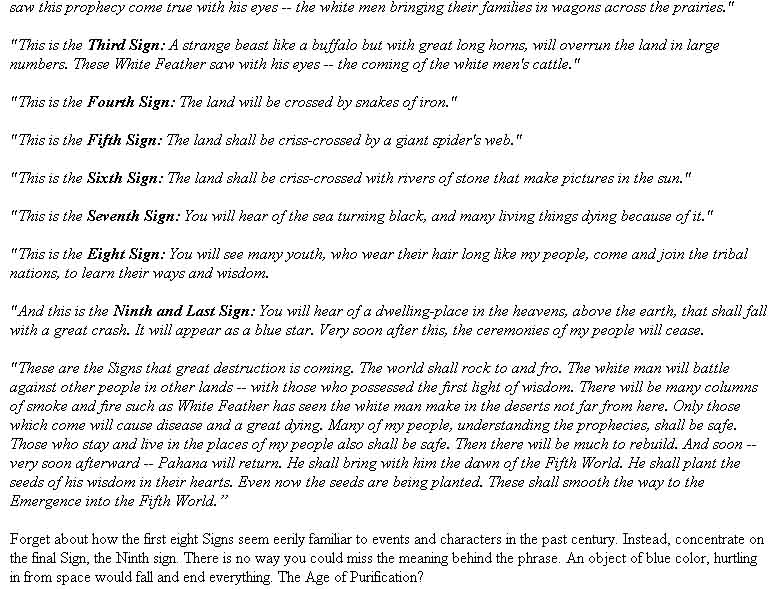 Here is the section of night sky googleearth cut out as well as the black square they inserted
in it's place.  Probably under command of NASA and big brother. The three moons gives it
away as Nibiru and not some icy comet they are trying to whitewash. We knew it was coming,
we just didn't know when. Looks like we do know. Be sure to do some real studying at my pages www.detailshere.com/niburu.htm and www.detailshere.com/elenin.htm  besides this page
www.detailshere.com/elenin.org.htm  Also go to www.youtube.com and type in elenin  and nibiru. 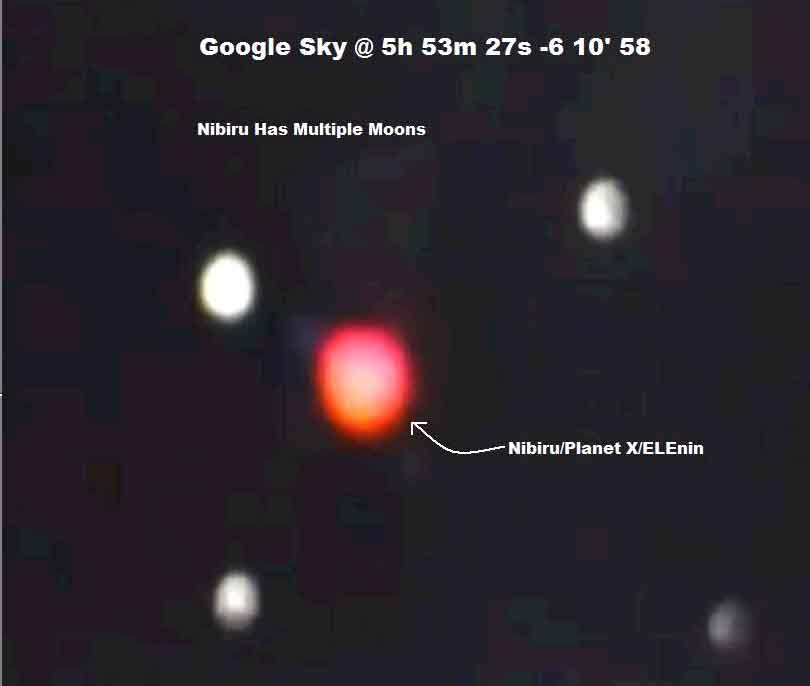 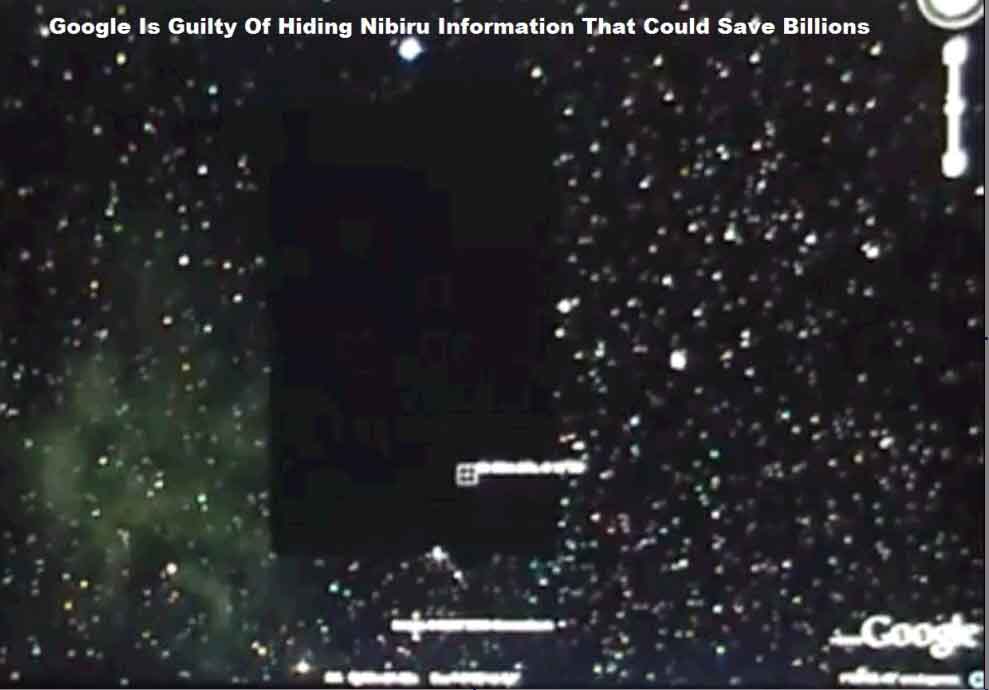 Interesting that governents can spend spend spend using our tax dollar monies on preparations for the elite for this event but they still refuse to tell the public so they can prepare for it until it is too late to prepare. Right now, today, governments are trying to buy up all available foods with long shelf lives so there won't be any for you when you finally figure out this thing is real and is coming and soon to a sky near you.

back to niburu page       back to elenin page