What started out as simply giving some food and clothes to a displaced group of Christian Huichols turned into a new saga in the Huichol story - they now have land of their own and we are now in the building process of carving out a whole new community out of rock and mountain.

Currently needed is a 1/2HP submersible pump , two wire, and about 300 meters of 1" plastic tubing to get water from the spring storage tank down below to a smaller storage tank up on the plateau (175' vertical lift) where they are building adobe houses for drinking water.  We also need to finish the concrete floor in the community shelter (10 meters x 6 meters to go) and my next goal is to install three 125W solar panels and battery storage and an invertor to run a TV and 3ABN religious programming satellite system.  We need to get the other Ejidade Huichols (non christians - pagans) living on the lake paddling in on Friday nights for TV as they come to get their water. We have one of the two springs on the lake; even if it is only 1 liter a minute.  That's why the storage tank as a flywheel for the spring was necessary.

For those of you who don't believe the story about them being burned out of their homes, I have some pics  of one of the burn victims. Yes, the pagan Huichols set the Christian Huichol's houses on fire with them inside to get rid of them from their homeland.  Hard to believe in today's age.

Part 8 - May 31-June1  Delivery of more roof parts and worked on foundation
in preps to pour corner truss columns next trip.

Part 10  June 14 to 17 Finished the other four pillars, one more meter of slab, and welded together all three trusses.

Part 13  October 8th,2006  Scouting trip to see what progress had been made since June and what priorities are for doing next

Beginning story
Fall 2005 - We could still use financial help to provide food for 9 families of displaced Christian Huichol Indians of Mexico, an indigenous native tribe who lived high in the mountains about 6 hours from Guadalajara. There are several groups there, only one is affected by what you read below.   Here is just another proof that the end times are here. Pastor Dagoberto has been working with the Huichol Indian tribe for the past 8 years. Their base religion is paganism except for those who have converted to Christianity through Dagoberto's efforts as well as other's efforts as well.. Irina and I have made trips with Pastor Dagoberto to this area taking with us pickup loads of food, medical supplies, doctors, and a dentist for the weekend.  Pastor Dagoberto is not allowed to preach Christianity on Huichol land but has a church in between two groups of Huichols that is considered no man's land; where they come for service. He flies a small airplane in most of the time and lands on a dirt road runway.
This group in the pics below have converted to Christianity and were attending Christian service in Huichol country. As their conversion brought out truth in what they should and should not put into their bodies, a conflict arose with the Huichols that were NOT Christian but who choose to maintain their pagan customs. One of these customs is the frequent use of Peyote , a cactus plant  which is hallucinagenic  as well as the use of a very strong alcoholic beverage made of corn, much like whiskey, called tejuino. Fermented tejuino itself is not too strong but they add alcohol to it to make things more crazy.  These people decided to no longer take part in these ritualistic fiesta type of gatherings of drunkedness and stupor.   Because of this and probably some religious differences of these newborn Christians, the main body of one group of pagan  Huichols ostracized these Christian Huichols and made them leave under threat of death. They even set fire to some of their homes. They said if they did not take part in these pagan rituals of alcohol and drugs, they were no longer Huichols.  So these people left with almost only the clothes on their backs and their homes were given to other Huichols. Love of Yahweh took precedence over man's customs they now knew were wrong.

They are currently staying at the Guadalajara Seventh Day Adventist campiemento - which lies between Guadalajara and Lake Chapala, (where we hold campouts, special seminars,  and youth group seminars)  while the government is finding them new quarters, which could take awhile. There are about 32 of them counting men, women and children. Most of the men are working on road work during the day as new highway construction is in full swing here, but the pay is very low, about $10 a day.

I am soliciting donations of $1 - $5 to help me make trips to the abastos, the huge food and produce marketplace in Guadalajara, where food is very cheap to bring them a load of fresh food each week until they can get on their feet again. All the food you see in my pickup in the photo below cost only about $50 which included 40kg of oranges, 30kg of carrots, jicama plants (bulbs like a big turnip but very sweet with the consistency of a radish), radishes, bunches of cilantro, onions, 20kg of lemons, 15 kg of potatos, 20kg box of tomatoes, big box of bananas, bags of tortilla chips, tortillas, cooking oil, and more. I even made them a gallon of my special salsa (see www.detailshere.com/salsa.htm for the recipe) and Irina baked them two cakes. A little money goes a long ways here.

Please spend donations no matter how small  to egold 115702 Berry Ball , ebullion A21789 Berry Ball,  , or PayPal berry@detailshere.com   Please put "for Huichols" and your email addy  in the memo box of the spend.  ALL funds collected will go for food and building materials.  And don't think that a dollar isn't important, with a 5000+ person listserve if only a few of you sent just $1 it would buy a lot of stuff.
I have posted some pics below of the Huichols that we need temporary help for  at campiemento as well as pics from the trip Irina and I made to Huichol country when we took food, medicine and doctors with us. 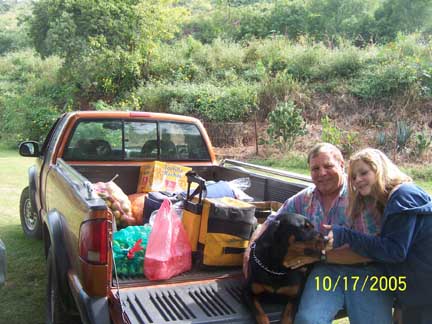 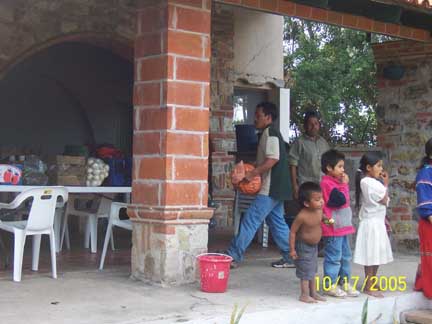 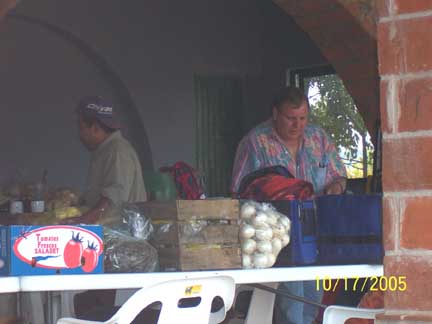 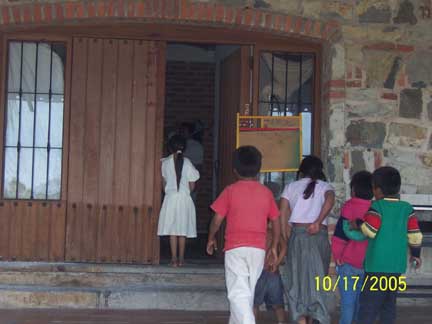 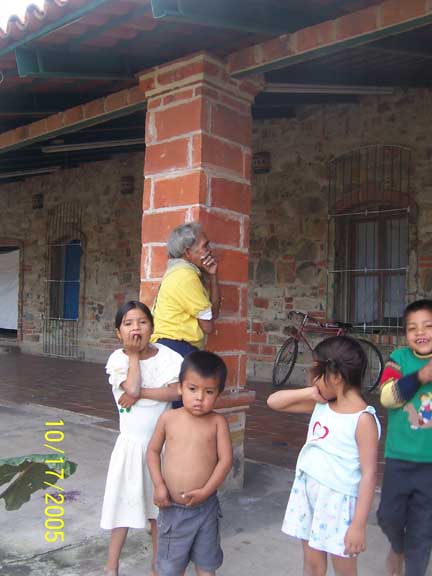 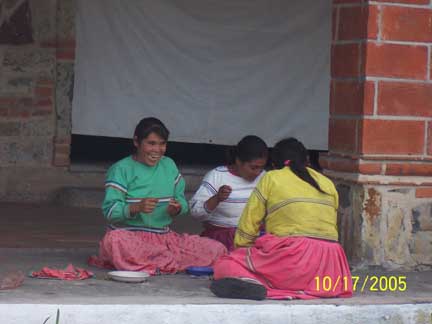 Go to page 2 pics for pics of Huichol country

back to homepage at Helping Others